One of Those Days

Do you ever have a day when the smallest seeming thing just sends you into tears? Well, I'm having one of those days. I really think it's an accumulation of so many things, but you know what they say about the camel's back... Although there are a couple other females that work here somewhere at the school with me, I mostly interact with men. Let me remind you that I am in the Army, so we can't flirt or dress cute or do anything that the average workforce would consider socially acceptable or just plain normal. You can't tell someone "You look nice today!", or you'd be accused of sexual harassment. The military is very strict on these things. I don't know how any female could begin to look "nice" in a man's uniform anyhow. My clothes are so baggy and bulky. Even my knees rub together when I'm wearing my fitness uniform. Who's crotch hangs that low, really?! I think someone was thinking entirely too generously when they designed those things. Since we aren't allowed to say most compliments and pleasant things to each other, they instead dish out rude elementary verbal slaps. Keep in mind though that around here we can only say something disrespectful to someone whom we don't out-rank. I'm on the bottom of the totem pole here, so that means I'm the target for all of the jerks here. I'm the butt of every joke it seems. Sometimes I can laugh with them, but other times they're just plain mean. Anytime there's a screw-up with paperwork it somehow ends up being my fault too. The top guy blames the guy under him and the guy under him and the guy under him... all the way until it crashes down onto me. I guess today it just got to me a little. The weight was just too much for a second. I cracked. I shed one tear in the privacy of a community latrine. You're not supposed to do that here either though. You can't be weak. At least you wouldn't dare let them find out. Who wants the enemy to have more ammo?! Not me! I think being a single Soldier is another issue that I have a difficult time dealing with. I'm the only single Soldier at this unit. I don't mind being single in the general aspect, but little things like not hearing my own name. I'm "SGT Barefoot" here. I just want to be "Laura" every once in a while. And what about being able to vent? I can't talk to people here about personal matters, and really there is no one to talk to at work that would actually listen without laughing. This blog does help to an extent, but I'm not allowed to say so many things I would rather scream than type. I can't even remember the last time I had a hug. My birthday is just a couple of weeks away too. I bought a box of butter pecan cake mix and cream cheese frosting to make cupcakes as normally do. Baking cupcakes has been my main celebratory event since I've been stationed away from home. My birthday happens to fall on a Wednesday this year. I can't ask off a day in the middle of the week. It doesn't work that way. So instead, I'll be sitting at my desk knowing the whole time that today I am 24. I'm one year away from being able to rent a car on my own without any extra insurance, waivers, or signatures, I'm officially in my mid-twenties, and other than the annual phone call from my mom reminding me that today I made her a mother no one will say anything to me regarding my special day otherwise. I just hope it's one of those rare days that I make it safely under the radar and perhaps manage to get home early enough to see any bit of remaining sunlight.
Posted by Laura Evangeline at 09:50

Oh Laura,
The Army can be a tough place for young women can't it? Campbell is what it is huh? I think it's such a hooah place it's hard to be a girl there. Send me your snail mail.. I've got a little something to cheer you up. We were there for almost 8 years and I can understand where your coming from. Don't be so hard on yourself though it's ok to cry. Hang in there girl.

I am so sorry you are feeling this way. I can't even imagine being a woman in the military. I have heard enough stories from dh (who's in the UMSC) about stuff he's had to deal with. Can you email me your address. My email is Wife2TJ@hotmail.com. I would love to send you a birthday card. I have been reading your blog for awhile now and have feel I have gotten to know you. I would love to celebrate your birthday with you! Cheer up. I can't imagine what you are going through, just remember your stamping friends are here for you :-) (and your puppy who is the cutest in the world!) -Samantha

Im so sorry things arent going to well for you. I would like to send you a birthday card if you could email me your address.

I'd love to send you a birthday card! Email me at resqbarbie@aol.com

Bless your heart, wish I could give you a hug. I'm so sorry you are in a funk, I can't imagine how hard it must be for you in the military, but I did spend 8 years in Seattle while my family was back in Florida and that was hard enough, the difference was, I could come home anytime I wanted although only about once a year could I afford it. Anyway, I could give you a hug via snail mail if you would share your address, please email me and I will send you a birthday card, too. I also would like to thank you for all you do, protecting our country is not a small feat. We appreciate you. ceashark@aol.com

Oh Laura, I wish I had gotten to browse your blog before today. Now I feel a little late in saying happy birthday, but, HAPPY BIRTHDAY!!! I remember the days of not feeling very girly. My friends and I would buy the prettiest panties and bras we could find just to know that underneath the ugly uniforms, we were girls afterall and could wear something pretty. I'm sorry to hear that the guys in your chain are such jerks. It's hard to have to just bite your tongue and bear it all, but you know....unfortunately that's how it is. On the bright side, maybe you have the hope of getting to PCS? Move up to a new job? Any promotions in the near future? Hopefully something will change so that your time at work which is the majority of your waking hours can be a little better. So, to end my little essay, can you e-mail me your snail mail? I have a few stamping supplies here with me at Altus AFB (we're here for the DH's training) and I'd like to send you a little something :) Take care girl, and know that it takes a special person to do what you're doing, and an even more special person to be a female and do it. Your best is all anyone can ask of you.

Hey Buddy, just read your post, hope you are now feeling better, I am so sorry to read about what you are going through. I am not even full time and at times it is hard, so I can imagine how much harder it is for you. Take care, remember I am your buddy forever 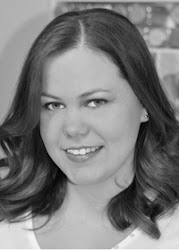 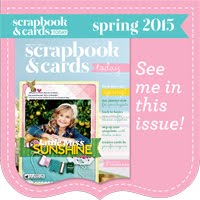 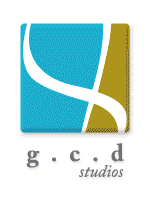 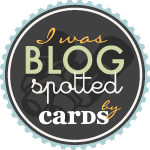 Submit your email address for the newsletter here: